"I would like for someone to say that they're sorry for killing my family." Lionsgate Premiere has released a trailer for a film titled Aftermath, about the lives of two people intertwined after an airplane accident. Arnold Schwarzenegger plays a father who struggles with grief after his wife and daughter are killed in a plane crash. Scoot McNairy plays an air traffic controller who makes an error that leads to the accident. The cast includes Maggie Grace, Kevin Zegers, Hannah Ware, Glenn Morshower, and Mariana Klaveno. In addition, Darren Aronofsky is listed as a producer on the film, along with his co-producing partner Scott Franklin. This looks quite solid, even though it seems like such a sad story for everyone in this. 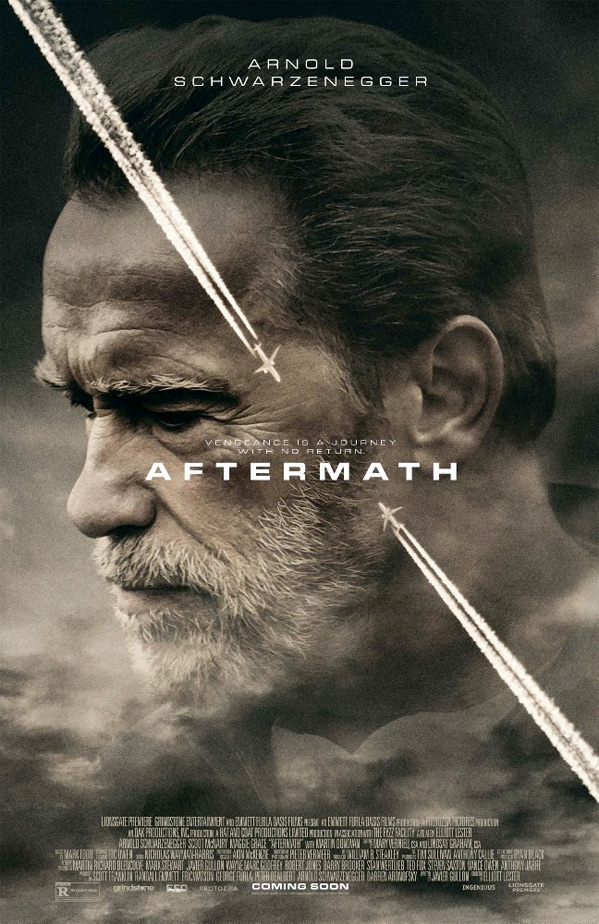